Bjørn was born in Norway in 1966. He discovered an interest in music in the early 1980’s and started to create his own tunes using a Sinclair ZX Spectrum computer with a “SpecDrum” drum machine, a MIDI interface and a Casio synthesizer.

In the 1990’s, Bjørn created a lot of music with the Commodore Amiga computer and found some underground recognition under his tongue-in-cheek pseudonym, “Dr. Awesome of Crusaders”. You can find most of the “Dr. Awesome” music by searching for “Dr. Awesome” at iTunes, Spotify, Amazon and other places. 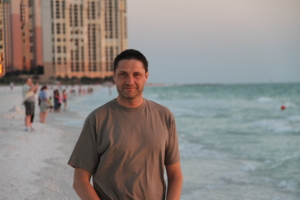 In 1992, Bjørn was one of the first artists to independently (without a record label) self-finance an album release, “Hobbits & Spaceships”, together with Seppo Hurme (aka Fleshbrain of Crusaders), complete with an actual CD factory pressing of 2,000 CD’s, something which was very expensive at the time and normally done only by “real” record companies.

Throughout the 1990’s and 2000’s Bjørn also worked as a composer and producer of music and sound effects for video games. He composed the music for dozens of Amiga, PC, Playstation, X-Box, Nintendo etc. games; including the entire series of “Worms” games (1995-2006) and many others. During this period, Bjørn lived and worked in the United Kingdom for 10 years, before returning to Norway in 2005.

In 2000, Bjørn set up his own music label and stock music licensing business, Lynne Publishing / Shockwave-Sound. His stock music website, www.Shockwave-Sound.com, features music from Bjørn and many other artists signed to his label, ready to license for use in your own media projects such as games, films, in-public play, stage productions, TV, videos and other types of commercial use. The process is simple: As a customer you pay a one-time fee to license individual music tracks. You automatically get a download link to download the music track in full uncompressed broadcast quality, and a license document that shows your right to use this track for commercial and in-public projects.

At the time of writing (2020), Bjørn is 53 and still working on his music, while also maintaining an interest in other things, such as tennis, yoga, animal rights and hikes in nature. He is married to Hanne, and has one daughter, Lisa. 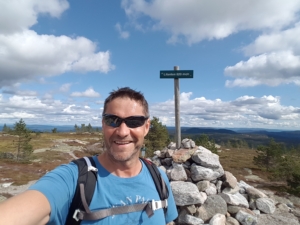